Turkey’s first trans shelter is opening. The hero of this initiative is Öykü Ay. Also known to the trans community as “the veiled,” Öykü says, “The Lord helped and we’ve opened the first trans shelter. Thousands of thanks to all the girls. It boosted our morale. It showed us that we can handle any difficulty once we’re united.” Here is the most encouraging story of late…

Sometimes I meet people whose life experience, or even sheer existence, is the answer to many complicated questions; it tells all that a 300-page book about politics can’t tell. Öykü Ay is one of those people. One of the most encouraging things I have heard about lately is the opening of a new trans shelter. Yes, a shelter for trans individuals. Think how frequently you read in the news about a trans individual’s beating, murder, or suicide under pressure. And now they have a roof to gather under thanks to Öykü Ay’s organizing in the trans community and the community’s own ability to organize. You are about to read the story of that shelter and that of Öykü Ay, who identifies as a religious person. While reading, please think about the concepts of morality and religiousness imposed upon us by the government. How those concepts are unable to describe real life. And, of course, think about what it means to have the strength to do good despite all the systematic misfortune, bad treatment, and ostracization. Just think. 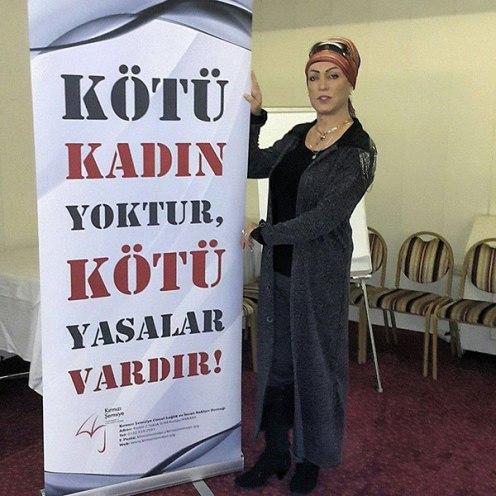 Where and when does your story begin?

Where do the halves come from?

From me. That’s how I say how many children there are in the family. It’s a joke. You didn’t get it, but that’s fine.

Yeah, I didn’t think that way.

Anyway, I studied teaching. I was an intern grade school teacher for about a year in Adıyaman. But I couldn’t handle it for long because I was too feminine. Pressure from family, pressure from society… It’s hard to be LGBTI in the East; it’s very painful. I ran away from there.