Azize Ömrüm, a sex worker who lived in İzmir, committed suicide due to not being able to stand social pressure. One of Azize Ömrüm’s closes friends, trans activist Öykü Ay said, “We are all responsible for this suicide.” 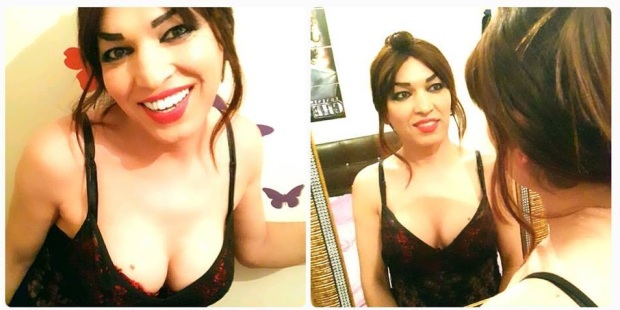 After the suicide of Azize Ömrüm, a sex worker trans woman, Öykü Ay was quoted as saying “Azize was different from all of us. She only loved once, but her lover’s parents broke them up. Azize could not stand that her lover got married by force with another person. She told her love to all of us. She was telling this so frequently, we could not understand her strong feelings. Then she found her solution by isolating herself.”

Ay also mentioned that Azize wanted to be a chef and not a sex worker. Ay stated “She used to cook very well. The only person whose bed she wanted to get in was that of her lover. But she had to be a sex worker because of her life condition. The system did not let her  work in another job. She could not handle the burden and was lonesome” and mentioned that the whole of society is responsible for Azize’s suicide, including her friends.

As Pembe Hayat, we all offer our condolences to everyone in the trans community.

Protest for Azize in Ankara!

After Azize’s suicide, High School LGBTI in Ankara invited everyone to gather against transphobia. High School LGBTI stated “We are gathering in front of the Human Rights statue in order to not stay silent but to be the voice of Azize’s scream” and invited all anti-transphobic people to Yüksel Street at 7 pm.

Having suicidal thoughts? Please see our list of resources: https://lgbtinewsturkey.com/2015/03/04/suicide-resources/