American and Turkish LGBTI university students met at a panel hosted by the Consulate General of the United States of America within the scope of the “Istanbul 2014 LGBTI Pride Week”. The students shared their stories and their difficulties.

American and Turkish LGBTI (lesbian, gay, bisexual, trans, and intersex) university students discussed their experiences in university campuses and dorms as well as the homophobic attitudes they are exposed to. 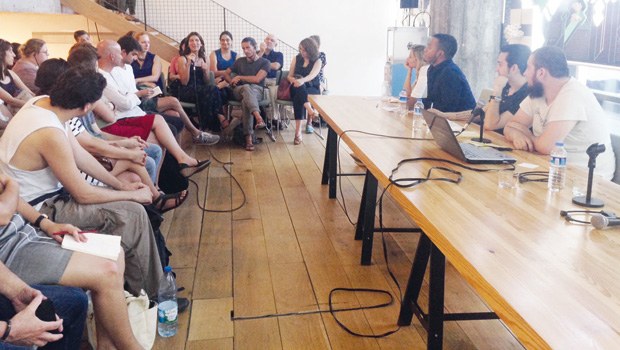 “I Became Ela in Istanbul”

At the panel hosted by the Consulate General of the United States of America in Istanbul at Tophane Studio X, Marvin Alfaro from New York University, Öktem Usumi from Boğaziçi University, Tuğkan Gündoğdu from Istanbul University, and Ela Kaçar (trans) from Bilgi University shared their experiences. Kaçar said, “I was born in Samsun, I went through terrible thing during middle school, I came out to my mom at age 16. Then I became Ela in Istanbul. I started my university life with my identity as Ela and I was very happy in the first years because I could be there in my real identity that is my female identity. However, a few years later, it was revealed that I had become a woman through surgery and my friends’ behaviors towards me changed. They started calling me a convert (dönme) behind my back. I went through huge traumas. Then I joined the LGBTI movement and became an activist.”

The Consul General of the United States of America Charles Hunter emphasized the importance of the panel and explained the personal importance of the issue by saying, “I felt obligated because of my personal connections. I am gay and I do not hesitate to say this.”