Gay football referee Halil İbrahim Dinçdağ’s lawsuit about the termination of his employment concluded today after its 19th session at the Çağlayan Court. Dinçdağ won the lawsuit for financial and emotional damages.

The court ordered for Dinçdağ to be paid 23 thousand Lira in damages. Because Dinçdağ had demanded 110 thousand Lira, his attorney Fırat Söyle noted that he and his client would appeal the decision.

Attorney Fırat Söyle told KaosGL.org: “The decision on the scope of emotional damages is up to the court. They calculated that Halil İbrahim Dinçdağ should be paid 23 thousand Lira to compensate for his distress. This amount cannot compensate for his suffering over the years. We will take the case to the Court of Appeals. Even though the amount was unsatisfying, the court has acknowledged homophobic discrimination and agreed to our demands. Discrimination has been penalized with this decision.”

In 2007, Halil İbrahim Dinçdağ obtained a medical report stating that he was not fit to fulfill his military service obligation because of his homosexuality. In 2009, he submitted a report showing that he has no military obligation to the Trabzon Board of Referees. The Board forwarded the report to the Turkish Football Federation while it allowed Dinçdağ to serve as a referee for a duration of two months.

The then-rapporteur for the Central Referee Board Osman Avcı asked the Trabzon Board to take action based on the 25th clause of the Turkish Football Federation’s bylaws. According to the clause, those who are exempt from military service due to medical issues cannot serve as referees. After that, the Trabzon Board did not allow Dinçdağ to take his exams and prematurely ended his chances to become a professional referee.

The Turkish Football Federation later changed its interpretation of the 25th clause with a notice stating, “Those who are exempt from military service for reasons other than medical issues can serve as referees.” The Federation also granted a one-time opportunity to take the exam to those previously denied the right to do so. However, Dinçdağ had already passed the age of 23 at that time and could not take advantage of this one-time opportunity.

In the case of Çağla Joker, the victim of a hate-crime killing in Beyoğlu last April, the court reduced the defendant’s sentence to ten years on the grounds of “unjust provocation.”

Trans women Çağla Joker and Nalan suffered an armed attack in Tarlabaşı on the night of 20 April [2014], and 25-year-old Çağla Joker, wounded in the chest, lost her life at the site of the incident. H.T., sentenced to 16 years and getting a reduction for being 17 years old, said in testimony given in court:

“We met two persons who we supposed were women. We negotiated. He said he was a man. I asked him to give me back the money I had paid. He said he would not return the money and cursed vehemently.”

Though tried for intentional homicide and life in prison, the court reduced the sentence to 10 years in prison due to reductions for “unjust provocation,” “good behavior,” and on account of him being younger than 18.

Not returning the 50 liras was an unjust provocation

In its decision, the judicial panel gave its opinion that Çağla Joker’s failure to return the money that the defendant had paid constituted an unjust provocation. The following phrases appeared in the reasoning:

These punishments will not be effective in ending the murders

Lawyer Fırat Söyle, commenting on the decision for Diken, emphasized that the sentence reductions being applied to defendants accused of hate crimes would not help to end the murders, and said:

“Inflicting very severe penalties on those who act out of the hatred engendered by government and society will not put an end to hate-crime killings, nevertheless, we demand that the severest penalties be inflicted on defendants accused of hate-crime killings, in the name of satisfying a sense of justice within this system. Unless the material and moral culture of the government system and of society changes, the punishments handed down to defendants will, unfortunately, be ineffective in ending these murders.”

No one has taken ownership of the case

On the other hand, reacting to the fact that no one has taken ownership of the case, Söyle continued as follows:

“The slogans that slam the government, patriarchy, and transphobia, and the statements made by the press, fade away before three days have passed, and even before seven days have gone by, they are forgotten. Çağla, and people like Çağla, were not organized, and their circle was not ‘extensive.’ Çağlas are destitute people, and those who are left behind to weep and mourn for them are those who are like them. In the newspapers they get a single mention on the third page at most. The reactions immediately following their murders end up buried in deep silence as the trials progress.”

*Translator’s Note: The Turkish language does not have gender pronouns and translation into languages with gender pronouns poses a challenge. In this translation, we have opted to use several pronouns to describe the victim. In statements by the perpetrator, we used the pronoun “he” because the perpetrator argues that the victim was male. In statements by the court, we used the pronoun “they” because the sentences do not make clear how the court views the victim’s gender. This choice does not reflect an openness by the court to identify the victim as the gender-neutral pronoun “they,” but to reflect that the Turkish language does not have gender pronouns. In the journalist Burcu Karakaş’s narration, we have chosen the pronoun “she” as the journalist works on women’s and LGBTI rights issues.

The trial regarding Ahmet Yıldız’ murder by his father was postponed again. His father is still not found. Ümmühan Darama who was injured during the incident also spoke out against the lack of justice. Attorney Fırat Söyle stated, “We have not been able to make the slightest progress in all this time.” 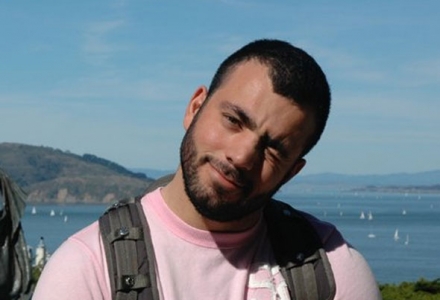 Ahmet Yıldız was killed [by his father] in a homophobic murder in 2008. The 18th hearing of his case took place today [13 November] at the 5th High Criminal Court of the Istanbul Anatolian Courthouse.

The panel of judges decided to wait for the enforcement of the red notice search warrant for Yıldız’s murderer father Yahya Yıldız. The panel also put forth that the Chief Public Prosecutor’s Office and the Police Department be consulted for information. The case was postponed again. The next hearing will take place on 26 March 2015 at 10:30.

END_OF_DOCUMENT_TOKEN_TO_BE_REPLACED

Soybozkurt, a felon who murdered a trans woman in Avcılar and for whom the prosecutor asked for a sentence of life in prison was given a reduced prison term of fifteen years.

Regarding the case of B.Ü., the trans woman beaten to death in 2013 in Avcılar (Istanbul), the court issued a reduced penalty on account of unjust provocation and good behavior. As the reason for the reduced sentence, the court cited the possibility that the felon’s statement might be true. The felon had claimed in his statement that “he beat the victim in anger because she was a transvestite and she propositioned him.”

Seda (B.Ü.), the trans woman, lived in her friends’ apartment at Avcılar Meis Housing Complex, which was the site of attacks against trans residents and where the apartments of trans residents were sealed for allegedly being used for prostitution. B.Ü. died after she was found beaten on the street on 01 March 2013. Ramazan Soybozkurt, who was tried for murder, claimed that he did not intend to murder the victim, but he beat her upon getting upset by her proposition.

The verdict was issued on February 26, 2014 after the trial at the Bakırköy Fourth Criminal Court for Aggravated Crimes. The verdict cited as the reason for the reduced sentence the victim “being a transvestite.” The convicted felon Soybozkurt was given a reduced sentence due to provocation taking into account that “his statement might be true.” His sentence was reduced from life in prison to eighteen years; his prison term was further reduced to fifteen years for “good behavior.”

“They think it is entirely reasonable”

The procedures of investigation and prosecution and whether these procedures have been conducted according to the rule of law and the tenets of justice.

The suspects were caught due to an anonymous tip on the following day.

END_OF_DOCUMENT_TOKEN_TO_BE_REPLACED

The procedures of investigation and prosecution and whether these procedures have been conducted according to law and justice.

Ahmet Yıldız was killed by bullets from a firearm fired by his father on the night of 15 July 2008.

There is still no progress at the 13th hearing of the murder of Ahmet Yıldız.

Despite the fact that a red notice has been issued for the defendant’s father Y.Y., he has not been found.

Ahmet Yıldız (b. 1982), the son of a family from Urfa, left his partner İbrahim Can at home and went out to get ice cream on the night of 15 July 2008. He was 26 when 5 bullets allegedly fired by his father Yahya Yıldız killed him. He was a senior in Marmara University’s Physics Department and was preparing for his last finals to complete his studies. Though he tried to get away from the aggressor by running to his car and starting it, he could not get far because of 3 injuries to his chest; he lost control of the steering wheel and crashed into a pharmacy’s wall. He died there. His corpse was not claimed by his family and was only received days later by his uncle at Yenibosna Forensic Medicine Institution.