We feel great anger: our beloved friend Hande Kader was burned to death. The burned body of 23 years old trans woman Hande Kader was found in Zekeriyaköy almost a week ago. Hande was a person who raised her voice against hate crimes and encouraged everyone to raise their voices too.

We are constantly shouting at LGBTI+ Prides, Trans Prides and other protests that homophobic and transphobic statements are leading to hate crimes, murderers often escape unpunished, and hate crime laws are urgent. Unfortunately, our Prides have been banned in the last two years, yet we need to be seen, to be on the streets and to shout our demands in order to end hate crimes.

According to a Transgender Europe report, Turkey is the first in Europe and ninth in the world in trans murders. Trans women are forced to be sex workers and then they are labeled (as prostitutes) because of their jobs. We wish a world without homophobia, transphobia or ‘prostitute-phobia’.

Münevver, Özgecan, Wisam, Hande… We demand justice for all that lost their lives for being a woman, a trans or a gay. We are aware that the people who burned Hande to death got their strength from those who burned people alive in Maraş, Madımak, Cizre. We are repeating once again that the only way to stop hate crimes is to raise our voice together against hatred and hate crimes.

We are inviting every individual from this society to our march from Tünel to Galatasaray where we will demand justice for Hande Kader on Sunday, 21 August, 7 PM. 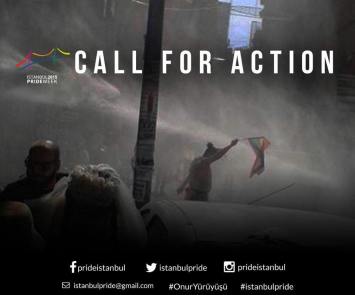 FOR IMMEDIATE PUBLIC AND MEDIA RELEASE

The Istanbul LGBTI Pride Parade has been held for thirteen years. Yet this year the Istanbul Governor’s Office blocked the parade, citing the fact that it coincided with Ramadan. The use of Ramadan, the Islamic month of fasting, as an excuse to curtail the freedoms of assembly, demonstration, and speech is a clear violation of rule of law. In taking this illegal decision, the Governor’s Office has thus broken the law.

In applying the governor’s illegal order, law enforcement officials, too, became accomplices in a crime. They attacked tens of thousands of people with tear gas, riot-control vehicles, and plastic bullets, even though those people had come to assemble peacefully, just as they had last year. Law enforcement officials violated their legal obligations by carrying out the unconstitutional and illegal order handed down by the Istanbul governor’s office. Indeed, on the day of the attack, many police officers lacked helmets and registration numbers that would have helped identify them.

Moreover, the decision to block the parade because of Ramadan artificially inflames tensions by presenting LGBTI status and Muslim faith as if they were supposedly two opposing identities. It purposefully ignores the fact that LGBTI individuals can come from all walks of life and aims to demonize them in the eyes of the wider public, preparing the ground for future attacks against LGBTI individuals. The government and the governor’s office will thus be held directly responsible for any attacks against LGBTI individuals that may be committed from this point on.

In a statement following the events, the Istanbul Governor’s Office stated that it had not received any notification about the parade and also that it had felt that certain groups were going to react violently to the parade.

First, if there was indeed credible information that an outside attack was to occur, it is the duty of the governor and of law enforcement to take measures to prevent such an attack, not to themselves attack the group exercising its right to assemble.

Second, Law No. 2911 on Meetings and Demonstration Marches, as well as the relevant article of the constitution, are both entirely clear: Such assemblies are not subject to the prior permission of the governor’s office, nor is there even any obligation to notify the authorities. The 13th annual LGBTI Pride Parade planned for Sunday, 28 June in Taksim Square, was thus not in violation of any law. Moreover, after the parade itself was blocked, law enforcement continued to attack people gathered on the streets for hours. The streets and venues where the Pride Party was being held were attacked by police using gas canisters and plastic bullets long into the night. Such behavior on the part of the police goes beyond merely preventing an “unannounced” parade: It shows that this was an attack on our identities and our very existence.

Hundreds of people who came to participate in the parade were affected or harmed by the attacks, some with injuries serious enough to warrant hospital reports. We would like to take this opportunity to wish a speedy recovery to all of our friends and supporters who were victims of police violence on Sunday. For years, the state purposely ignored systematic violence being inflicted on LGBTI individuals and even reduced the punishments faced by perpetrators; now it is the state itself that has directly and physically attacked the existence of LGBTI individuals in Turkey.

Furthermore, we fail to understand how the same government that assured the United Nations on Friday (26 June) that it would protect LGBTI rights could on Sunday (28 June) go and attack the 13th annual Istanbul LGBTI Pride Parade without providing a legal justification. At the UN meeting on Friday [for the Universal Periodic Review], Turkey approved Norway’s proposal that “Turkey should carry out its human-rights obligations by ensuring that LGBTI individuals and non-governmental organizations are included in the process.” It also declared that it would carry out all proposals approved within the framework of the United Nations. A mere two days later, however, the government acted in violation of these proposals.

We repeat: We were here before, we are here now, and we will always be here!

Turkey has held an LGBTI Pride Parade for thirteen years. It is just one of the many activities of Istanbul LGBTI Pride Week in late June, which has been held for 23 years to mark the anniversary of the 1969 Stonewall Riots. It will continue to take place next year and every year thereafter. We will persist in our struggle for existence regardless of the government in power. We will continue to resist all forms of oppression, as we have for years.

We’re here to stay, so get used to it!

At 12:30 on Thursday, 2 July, we will file an official criminal complaint at the Çağlayan Courthouse in Istanbul against Interior Minister Sebahattin Öztürk, Istanbul Governor Vasip Şahin, and Istanbul Police Chief Selami Altınok for their role in ordering the attacks on the 13th Annual Istanbul LGBTI Pride Parade. We call on all political parties, labor unions, the democratically minded Turkish public, and international non-governmental organizations to come and express their solidarity with our cause. 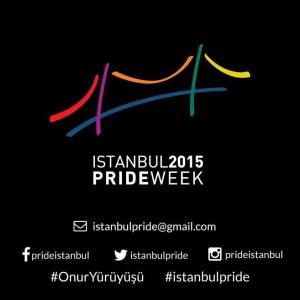