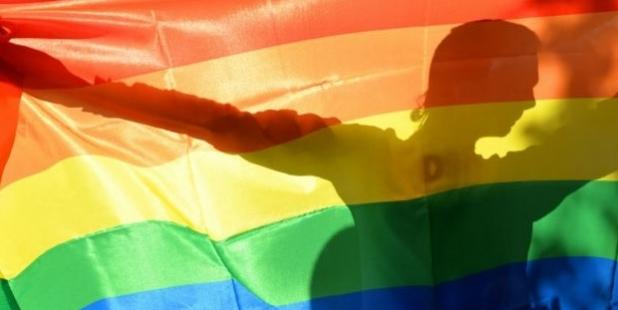 “The rainbow is liberation. With the rainbow against the [rule of] One”

The coup attempt of July 15, 2016 resurrected existing homophobia and transphobia against LGBTI public servants. Just as it was before the coup attempt, unionized LGBTI workers found themselves in an environment of nationalist, religious, conservative and militarist violence.

Even though the LGBTI movement continues its organized resistance through this period, the present climate resulted in the closure of the cracks that were opened in the workplaces and unions. The threats against and the targeting of LGBTI public servants via the press, were ignored by the unions and the answer of the union administrators to questions asked was “We have no LGBTI.” The union, heavily influenced by the conservative aspect of nationalist, conservative and militarist violence has abandoned LGBTI public servants both politically and with regards to social rights. Such institutional abandonment led the LGBTI public workers to a greater anxiety, as they were already forced to work hiding their identity.

After the declaration of the state of emergency, nationalist, conservative, militarist and male violence has escalated. Since government practices were eager for this drift, the expulsions and suspensions through government decrees resulted in the silencing of LGBTI public workers who have already been ignored politically within the union.

Yet, despite all attempts of homophobia and transphobia to close the cracks, LGBTI public workers do not refrain from making their voices heard. The unions should come together against nationalist, conservative, militarist, male and heterosexist impositions and build an LGBTI policy on this basis: rainbow is liberation, with the rainbow against the [rule of] One.

Yalçın Koçak- Lawyer for Pink Life Association: “We are under state of emergency, it shall be as we want”

Without a doubt, the “state of emergency” practice which has been going on since July 20, 2016 has had a negative impact on LGBTIs, as it did on many other sectors of the society. It should be stated that in such periods when security-based “unlawfulness” substitutes “the law,” the victimization of the disadvantaged, socially marginalized and othered groups increases.