“Of course FTM transition is not blessed. First of all, it is shameful in this country to not (be able) to fit the stereotypical gender roles. You are “a lesser man,” “a parvenu, an upstart” as it were, to put it crudely.”

But the taboos, the confusion, and the meetings continue. For example in the issue of trans men, people say “How does that work?” “So you can transition from women to men?” “Are there really any trans men in Turkey?” “Even if there are, the numbers must be low and it must be a unique situation…”

Yes, there are trans men in Turkey. They even have a trans men’s information site called Transsick-o and it will soon mark its first year online.

The numbers are not as low as you think. The closed facebook user group called T Kulüp started out with 30 people but has now reached 215 and membership is increasing.

The group’s communication coordinator Berk said, “Twelve years ago there was There was a trans man activist but he was the only one. Voltrans was formed in 2008. T Kulüp is only a new beginning.” He goes on to say, “There is a feeling of ‘I think I am the only person like this in the world’ that every trans man goes through; it’s a terrible loneliness, one that cannot be understood without living through it.” This is how the group gets larger.

Berk says, “We share information and our troubles; there is friendship, solidarity, and support. There are people from all ages, social classes and beliefs. This solidarity entails everything from following each other’s hospital documents to supporting each other when feeling melancholic. We know if a surgeon operates badly, if a hospital undertakes any practices that are against the law. Solidarity and friendship are prioritized. We want to be active participants in the transformation of legal and medical procedures in order to make these practices better. We want our voices to be heard.”

So who are these trans men? What do they do? How does the gender reassignment process work? Are they open in their social lives? Is the transformation to being a man in Turkey a blessed thing or is it a cause for discrimination? What are the most common problems in their daily lives?

END_OF_DOCUMENT_TOKEN_TO_BE_REPLACED

We are at the end.

After we talked this much, what I realized is this:

The “other men” do not differ from the familiar ones.

The “other women” also are no less than the familiar ones.

Then we should remove the term “other” and make them equal.

In our minds, in our hearts, on the streets, at work, in the Constitution to be equal. 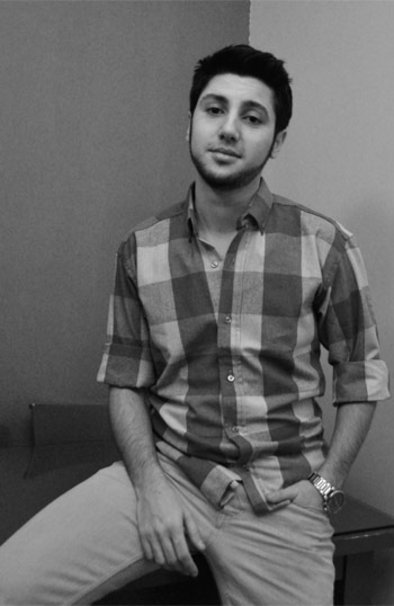 END_OF_DOCUMENT_TOKEN_TO_BE_REPLACED

What are you doing to become the person in your dreams?

Regardless of what you have being doing, İnan has done more than that so far.

İnan was biologically born as a woman.

Yet he is a man now.

As a little girl, he sensed something had not gone right.

He has endured in order to break the endless taboo throughout his whole life.

Finally, he learned to love himself as he is and to combine his body and soul together in harmony.

He said to himself, “If the world can be transformed,  so can I. “

Trans men, also known as those who transition from female to male, are transsexuals less known by society.

Leave your biases at the door and pay attention to what İnan has to say! 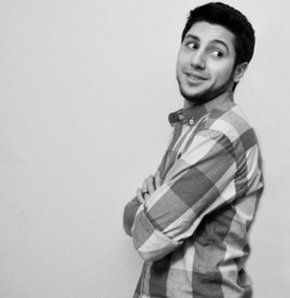 END_OF_DOCUMENT_TOKEN_TO_BE_REPLACED

The Presidency of Telecommunication (TIB) had blocked access “trans men data bank” Sick-o (www.transsicko.blogspot.com) on 7 October 2013 through “administrative measure” on the grounds of TIB Decision No: 5651. Transsick-o is an online blog that aims to inform readers on female to male transition and answers questions about trans men. A written petition requesting information on which No: 5651 article the blog violated went unanswered and access to the blog was re-granted on 24 October 2013 as arbitrarily and as quietly as the moment of closure.

END_OF_DOCUMENT_TOKEN_TO_BE_REPLACED

The Presidency of Telecommunication (TIB) blocked access to Transsick-o also known as “the trans men information site” on 7 October 2013 through “administrative measure.” Transsick-o petitioned the TIB on 11 October 2013 to find out the reason for closure. Volunteer lawyers will also follow the legal process. Berk İnan, the founder of the blog that answers hundreds of questions about the lives of trans people, transsexuality, and the mandatory medical and legal processes, talks to KaosGL.org about the censorship.

Transsick-o is a blog that Turkish speaking trans men, which does not only include trans men from Turkey but also dual citizens or Azeris, use for consultation. People from Azerbaijan and the United States ask questions. We are currently consulting a Syrian trans man refugee in Turkey. It’s actually difficult to see who makes use of the site since it is an open platform. So trans men who use Turkish as their native language (Turkey, the Turkish Republic of Northern Cyprus, Azerbaijan, and Turkish speaking European Union residents and the rest of the world), their families, trans and LGBQI society, and the general public in Turkey benefit from it, I think.

END_OF_DOCUMENT_TOKEN_TO_BE_REPLACED

Transsick-o, an information blog on trans men, was censored by the Presidency of Telecommunication. An “administrative measure” was put in place against the blog that covers a broad range of topics on trans men issues and news that include health care, military, law, and coming out.