Assist. Prof. Çağlar Deniz told KaosGL.org the process that prepared the ground for his expulsion via delegated legislation: “Two academicians who built sentences like ‘I heard you went to a gay bar’, ‘He is spreading homosexuality’, or ‘He is propagating against national and sentimental values with his qualification as a theologian’ about me” 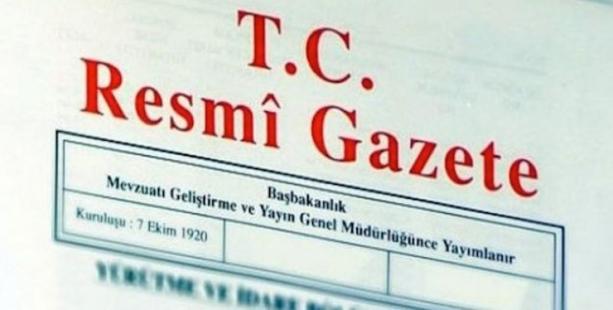 Assist. Prof. Caglar Deniz from the Department of Sociology, Usak University, who is among the academicians who have been expelled via the latest delegated legislation, has told KaosGL.org the process that led to expulsion.

“Even my gender class has been made an issue of investigation”

Graduated from Imam Hatip High School ( religious vocational high school) and Theology, Deniz, who is a member of the Education and Science Workers’ Union, has a PhD in Sociology. Lecturing also on gender, Deniz stated that he had been a victim of mobbing in 2017 at the university:

“I find it unnecessary to say that I have earned a full hundred points at the academic initiative application despite all of the mobbings by the university administration in the year 2017. Even the concept of ‘phallic structure’ that I discussed in the gender class has been made an issue of investigation.”

“After my post on being expelled via the delegated legislation, I received calls and messages of consolation from very different social groups ranging from supporters of People’s Democratic Party, of Justice and Development Party, to Romanis and Kurds, to the religious and the agnostic.”

“My only difference from all the other tens of thousands of delegated legislation victims is my finding out about the content of the FETO (Fethullah Gulen Terrorist Organization) investigation, gotten prepared by the president of Usak University who is under arrest since December 2016 with the charge of being a member of FETO, my making an allegation about the incident, suing for damages, and demanding an investigation from the Council of Higher Education (YOK) via the Prime Ministry Communication Centre.

Deniz explained the content of the file he ‘submitted to justice’ as follows:

“According to the file I submitted to justice as well, I pointed out that I could not belong to any religious cult or community. People I asked to be heard in may favour have not been heard. According to the file that the president of the university who is under arrest has caused to be disclosed, they asked about me to 4 faculty members at the university where I worked for 6 years. One professor said they could not testify because they did not know me enough, while another said that as far as they knew me, they did not know anything about my relationship with organizations such FETO or KCK (Kurdistan Communities Union.”

“He went to a gay bar”, “He is trying to spread homosexuality”…

Deniz shared the testimonies of two people who worked with him only for a year, and who have been lately hired by the president of the university who is under arrest. Deniz narrated the testimony of an assistant professor about him as follows:

“They are saying that I haven’t invited them to a cult or community meeting, that they don’t know me, that we’ve only had tea twice, that they heard that I’ve been to a gay bar. They don’t specify from whom they’ve heard it. They are arguing that the opinion I have formed in them is that I could be a member of KCK, or that I may have formed a relationship with FETO based on self-interest.”

Deniz stated that another associate professor has testified as follows about him: “He says things that are not in line with the official discourse about the Armenian deportation, he propagates against national and sentimental values with his qualification as a theologian, he is trying to spread homosexuality, and he discriminated in favour of two female students as the Erasmus coordinator.” Deniz also added:

“It has not been specified where and when these have been said and what happened. They have not explained how I propagated against national and sentimental values with my qualification as a theologian. I am guessing that with ‘he is trying to spread homosexuality’, they are referring to something in relation to my gender class. In the allegation that I discriminated as the Erasmus coordinator, there is no mention of who these students are, or how I discriminated in favour of them.”

“Investigation with allegations that do not go beyond rumour”

Deniz continued his answers to these allegations as follows:

“It is considered a shame for a sociology sophomore to state these allegations, let alone an associate professor in sociology. Because sociology is neither the parrot of the hegemon, nor is it the missionary of any belief, and it also knows that a sexual orientation cannot be spread. Sociology is farthest from hetero-mascist discourse the most. They are clearly defaming not only me, but also my students who go to intership mobility abroad by passing the necessary exams, and by completing relevant procedures. Unfortunately these two people, whose rumours against me have been accepted as testimonies by the university’s investigation commission, will be lecturing the students at the Department of Sociology at Usak University.

“With these two ridiculous testimonies that do not go beyond rumours and that do not include even a tiny bit of information as to whether or not I am terrorist (!), I had been made a mid-level suspect from a low-level suspect by the FETO investigation commission at the university.”

“The president of the university who would later be arrested with the charge of being a member of FETO had hurriedly sent this file to the file of another investigation about me. I had been aware of the process when I went to YOK to get the files.”

“They are getting involved in the investigation by using their posts”

“Students who would testify in my favour are being intimidated by the Head of the Department of Sociology at Usak University in person, by giving the name of the deputy president of the university. Students who are being threatened with their courses, grades, and futures are trying to be scared to even voice this situation. It is against the natural course of life for the deputy president of the university to not know about this incident. These people are getting involved in ongoing investigation processes by using their posts. What needs to be done is obvious in a normal system. They should be relieved of duty for the safety of the investigation.”

“Some people are terribly deceiving others”

Deniz stated that he will press charges against the people who ‘gossiped’ about him and also said that,

“In a process where I feel like Dreyfus, which is explained by Arendt with the theory of ‘banality of evil’, I thank all my family, students, and friends who have supported me in overcoming the injustices, who have stood by the truth despite being threatened, and who have lent me a hand for truth and justice to get back on its feet.

I believe that some people are terribly deceiving others right now, please no one get angry, I know it from the decision given about me.”