Muhammed Wisam Sankari was a gay Syrian refugee. He had arrived in Istanbul a year ago. He was threatened, kidnapped, raped. Last week he was found dead in Yenikapi and was stabbed multiple times. Wisam’s friends identified him by his pants.

Syrian gay refugee Muhammed Wisam Sankari left his house in Aksaray on the night of 23 July. He was found dead in Yenikapi on 25 July. He was beheaded and his body mutilated beyond identification. Wisam’s killers have not been caught. Wisam, who was previously threatened, kidnapped by a crowded group of men, and raped, was trying to go to another country as a refugee because his life was in danger. After the murder, we listened to Wisam’s housemates Rayan, Diya and Gorkem tell us about what Wisam went through, what it is like to be an LGBTI refugee in Turkey, and the problems refugees face. They spoke to KaosGL.org about the murder that was so clearly in the making, how the authorities did not take any preventive measures, and their anxieties about “who is next”. 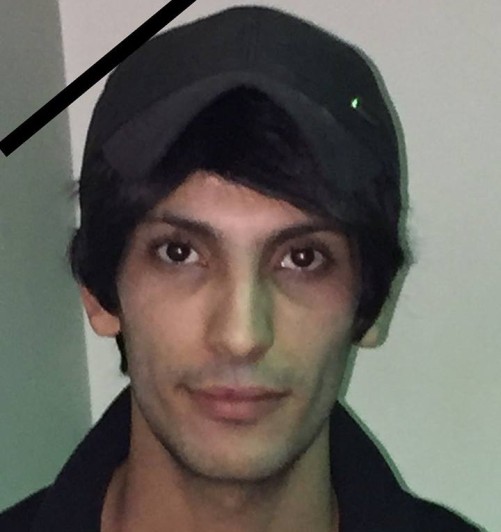 “We complained to the Police HQ, they did not do anything”

Rayan, who has known Wisam for a year, says “He was feeling very insecure recently. When we asked him, he would not tell us much” and explains that Wisam had been threatened and kidnapped before. He said they had difficulties even walking on the streets of Aksaray where they lived and where crowded male groups wielding knives had threatened them several times, saying they wanted to rape them. According to Rayan, Wisam experienced the following:

“We were staying in a different house before and we had to leave that house just because we are gay. People around would constantly stare at us. We did not do anything immoral? About five months ago, a group kidnapped Wisam in Fatih. They took him to a forest, beat him and raped him. They were going to kill him but Wisam saved himself by jumping at the road. We complained to the Police Headquarters but nothing happened.”

“We identified him from his pants”

Gorkem is also Wisam’s friend and he was among the people who went to identify the body after Wisam was killed. Gorkem tells the story of Wisam’s disappearance and the news of his death in tears:

“That night Wisam left the house. We were already anxious because of the threats. We told him not to go but he said he was going out for 15-20 minutes. He didn’t come home all night. The next day, we panicked when we couldn’t reach him. We went to the Association for Solidarity with Asylum Seekers and Migrants (ASAM). They directed us to Fatih Police Headquarters. We did not even know how to get there or what to say.

“On Sunday police called us. We went to Yenikapi with Rayan. They had cut Wisam violently. So violent that two knives had broken inside him. They had beheaded him. His upped body was beyond recognition, his internal organ were out. We could identify our friend from his pants.”

Diya says they live in fear and with the thought of “who is next” following Wisam’s death and says they are afraid to go out on the street:

“I am so scared. I feel like everyone is staring at me on the street. I was kidnapped twice before. They let me go in Cerkezkoy and I barely got home one time. I went to the UN for my identification but they did not even respond to that. No one cares about us. They just talk. I get threats over the phone. I speak calmly so something does not happen. It does not matter if you are Syrian or Turkish, if you are gay you are everyone’s target. They want sex from you and when you don’t they just tag along. I don’t have identification, who would protect me? Who is next?”

Rayan criticizes ASAM and the United Nations. “What’s the use of them doing anything after Wisam is killed? Our friend is dead,” and adds:

“ASAM and the UN don’t do anything for us. We can only protect ourselves. We stay together to protect ourselves. We cannot get any information or answers. Just talk… ASAM called us after Wisam’s death. After his death… What’s the point? A very pure and good person is gone from this world.”

At the inauguration of Şişli’s Social Equality Unit, Şişli Mayor Hayri İnönü noted that the Unit will focus on gender issues and Sema Yakar will serve as a volunteer advisor.

Şişli’s new Social Equality Unit was inaugurated at an event in Şişli’s City Hall. The night was hosted by Mayor Hayri İnönü and attended by representatives from LGBTI and human rights organizations, as well as the consuls of the United States, Israel, Brazil, and Canada.

Hosted by actress Seyhan Arman, the event introduced the Unit set up largely by the efforts of Boysan Yakar, LGBTI activist and the advisor to the Mayor, who recently died in a traffic accident.

“This is a space that we fought to earn”

Arman began her speech with words in memory of Yakar: “In a world of inequalities and discrimination, Boysan convinced us that we could win if we stood united. He conquered our hearts with his kindhearted and egalitarian attitude. This space can be seen as simply a workplace, but it is also a space that we fought to earn.”

After Arman’s speech, a video was screened showing the Unit’s street interviews on the subject, “What is gender?”

Next, the municipality’s social media representative Dilek Güven delivered a speech. A close coworker of Boysan, Güven had a hard time suppressing her tears. She reminisced about meeting Boysan in the local elections and his question to her at the time, “Will you stand by me?”

“I had not understood exactly what he meant at the time, but now I do. The Equality Unit was one of Boysan’s biggest dreams. He had told me a long time ago that we would succeed in setting up this unit. And with Mayor Hayri İnönü’s leadership, the Unit has finally come into being.”

“Hayri İnönü: Boysan inspired us all”

Mayor Hayri İnönü also began his speech with words honoring Boysan: “Boysan was someone that everybody should have met. He inspired us all with his high level of energy. His absence is deeply felt.” İnönü conveyed his condolences once again to Yakar’s family, the LGBTI community, and to all human rights advocates.

İnönü explained how the Social Equality Unit is planned to function:

“The Social Equality Unit will develop the municipality’s policies regarding women, LGBTIs, disabled individuals, minorities, refugees, children and senior citizens, who experience economic, social, and cultural discrimination. The Unit will work both on the services that we provide within our participatory government framework and the issues of inclusion within decision-making mechanisms. Our final goal is to eliminate all social inequalities.”

Sema Yakar will serve as advisor to the Unit

After tackling gender, the Unit will gradually expand its work area and encompass all of society. The Unit will receive guidance from a volunteer team headed by Sema Yakar, Boysan’s mother and a founder of LISTAG (Families of LGBTIs in Istanbul).

Sema Yakar: “Boysan is my comrade”

Sema Yakar, who was in the US to work on Boysan’s uncompleted tasks from when he was in the US earlier this year, joined the event via a videotaped message. Yakar remarked that, these days, we see once again that human life is cheap. Speaking in memory of Boysan, she noted, “He is my comrade, my teacher of all things new. Your fight will be the fight of us all.”

Boysan’s father Hakan Yakar continued: “Being an ‘other,’ Boysan had to begin his fight at an early age. He was an LGBTI activist, an advocate of human rights and the environment, a brave heart, a revolutionary, and most importantly, the pride of our family.” Yakar noted that a book that Boysan was reading before his death, called Beyond Human, was found at the accident site: “He had scribbled in the margins the ‘cheapness of death in Turkey.’ It is so true. Traffic monsters took away three of our dearest souls: Boysan, Zeliş, and Mert. May they rest in peace.”

“No peace without equality”

Melda Onur, a CHP candidate in the general elections from Istanbul, remarked that Boysan’s absence was deeply felt: “We have to hold on to each other tightly and continue the struggle.” Onur said that the Unit should set an example for other municipalities.

“There can be no peace without equality and no freedom without peace. I hope that this Unit sets an example to all local governments and inspires them, starting with municipalities in Istanbul.”

The last speaker was Meltem Ağduk from the United Nations Population Fund (UNFPA). Ağduk reminded the audience of the “Women Friendly Cities” project that her agency had started in 2005: “Şişli Municipality’s project seems to be at a much more advanced level than our project. Cities are founded with a masculine perspective and this perspective labels many groups as ‘others.’ The way to overcome this problem is to multiply projects like the one started by Şişli.”

The night was concluded with a cocktail.