The crash occurred on the Çanakkale – Istanbul Highway in Bolayır, Gelibolu. Yakar, Deniz and Serçe who were all in the same vehicle lost their lives as well as two other persons who were in the other vehicle involved in the collision.

Şişli Mayor İnönü: “We will miss you and need you very much in the future Boysan”

Şişli Mayor Hayri İnönü, whom the 31 year old activist Boysan was an advisor to, tweeted; “we have lost our colleague Boysan Yakar to a traffic accident. My condolences to his family and all of us. We will miss you and need you very much in the future Boysan…”

Boysan Yakar, an advisor to Şişli Mayor Hayri İnönü, was among the CHP city councilman candidates during the Municipal Elections of March 30, 2014.

Yakar had the following to say about his candidacy in an interview with Bianet Women and LGBTI issues editor Çiçek Tahaoğlu:

“I believe that especially politicians were not ready for LGBTIs in Turkey to be so conspicuous until today. But we are part of the people and we live among the people. Contrary to popular opinion, we walk the city during the day as we need to. We live in this country but as a direct target to various discriminations and hateful actions. Our organized effort for equal rights have been continuing for more than 20 years and we expect our legal rights to be granted and our demands to be taken seriously. I think the politicians should just trust us. We are sure we will handle government duties and municipal duties at least as well as we do everything else we put our minds to!” 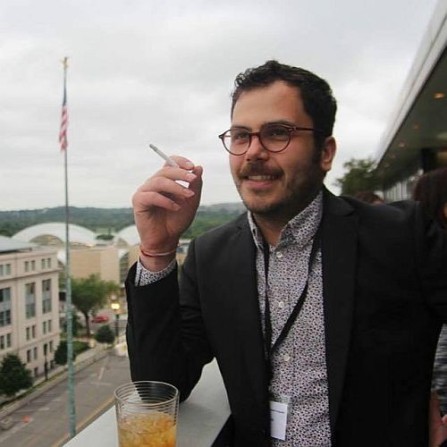 Zeliş Deniz, an LGBTI activist and feminist, was also an active member of such organizations like Istanbul LGBTT Solidarity Association and LambdaIstanbul. 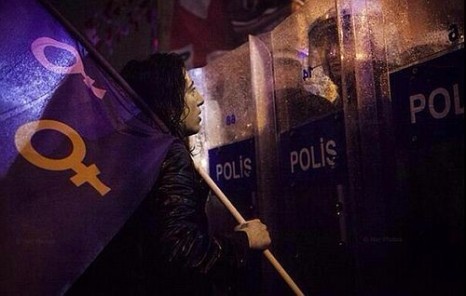 She was photographed during the International Women’s Day Walk on March 8th, 2014 where she stood against riot police with her purple flag.