Arat is in custody in Atatürk airport. 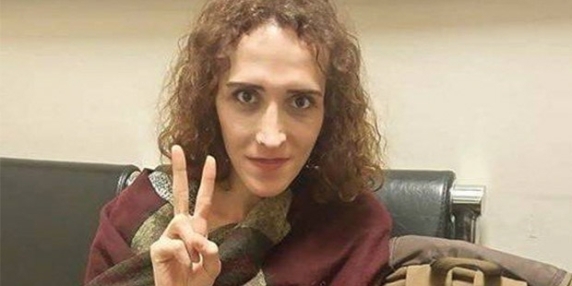 Trans activist Kıvılcım Arat’s lawyer met her after she was taken into custody in Istanbul Atatürk International Airport and said they tried to put her in a men’s detention cell, but following an argument she was put in a single cell. Arat is detained for “not testifying in an investigation.”

In an interview with KaosGL.org, lawyer Kırıkçı mentioned that they have not been informed on the content of the case file leading to the detention and made the following statement:

“Currently, we do not know the content of the case file, however, when we look into her GBT [General Information Gathering System — Trans.] record, we see that she was supposed to testify in a court case which led to an arrest warrant. It is unclear what she was going to testify about and in which court case. As her lawyers, we tried to contact the district attorney to start the process for her testimony but we could not reach them. Due to our client’s health problems the testimony was supposed to be taken today, but was not, because we could not reach the district attorney.”

They tried to put her in a men’s detention cell

Kırıkçı mentioned that Arat is held at the Atatürk Airport Police Station, and is expected to give her testimony to the district attorney tomorrow morning (March 18). Kırıkçı added that, even though Arat is a trans woman, they tried to hold her in a men’s detention cell:

“Even though my client is a trans women, they tried to put her in a men’s detention cell where 20 men are kept. Following Kıvılcım’s objection and an argument she was not put in the men’s area. Currently, she is kept in a single cell.”

She sent a message from detention

Arat sent a message with her lawyer. Her message emphasized solidarity.

“Just to spite those who try to call whistleblowing into in our spaces of solidarity, we will continue to fight, stick together, stand shoulder to shoulder.”

Editor’s note: Kıvılcım Arat was released from detention on March 18.