The Boğaziçi University LGBTI+ Studies Club had announced that they would grant a student [with the] Hande Kader Fellowship but the university presidency has said that the fellowship was not within their knowledge. The donations are being returned. 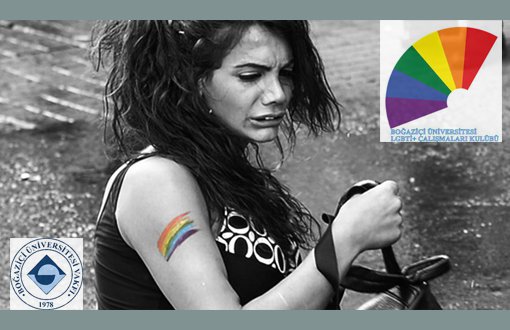 Boğaziçi University Foundation (BÜVAK) and BÜLGBTI+ would grant the Hande Kader fellowship to a trans student this year.

A trans student at Boğaziçi University would receive 500 TL (125 Euros) of fellowship for 12 months as part of the Hande Kader Fellowship prepared through the cooperation of BÜVAK and BÜLGBTI+.

Boğaziçi Presidency: The donations are being returned

“[The] Fund and scholarship which have become the subject of reports in the media stating that a fellowship of 500 TL for 12 months to be provided by the ‘Hande Kader Fellowship’ to a trans Boğaziçi University student  as a result of the cooperation of BÜVAK and LGBTI+ Studies Club are not within the knowledge of BÜVAK and Boğaziçi University Presidency.

“There is no such a fund within the body of BÜVAK. For this reason, the donators and those who would like to donate shouldn’t be misinformed.

“The donations of the donators are being returned as of now”.

Hande Kader was born in Turkey’s southeastern province of Urfa in 1993. She was living in İstanbul and she was working as a sex worker.

She was last seen when she was getting in a customer’s car in August 2016. Her friends filed a missing person report with the Gayrettepe Security Directorate on August 4. On August 12, a body was found in Zekeriyaköy. It was determined that the body, which was burned from the waist down, was Hande Kader. Since the family didn’t want the body, Hande Kader was interred in an anonymous cemetery.

A year has passed since the murder. The investigation is still on-going and the perpetrators are yet to be caught. (ÇT/TK)