The LGBTI movement is an important segment of the opposition in Turkey. We discussed the elections and LGBTI movement with Volkan Yılmaz, the chair of the board of directors of SPoD (Social Policies, Gender Identity and Sexual Orientation Studies Association).

What do you think is the atmosphere of upcoming elections in Turkey?

These elections appear to mark the end of the debates surrounding the new constitution that have been raging for years. If the ruling party acquires the power to change the constitution by itself, equal citizenship for us will become a fantasy. Viewed from the vantage point of LGBTI people, this period leading up to the elections includes both negative and positive developments. The suicides of Okyanus, a trans man in Izmir, and of Eylül Cansın, a trans woman in Istanbul, Hande, who migrated to Vienna and became a victim of a hate crime,and the passing away of trans activist Doğa due to complications after her gender reassignment surgery were all events that shook the LGBTI community. Even if these losses cannot be recuperated, there were some positive developments as well. For example, last week, under the rubric of UN Universal Periodic Review, human rights violations in Turkey were discussed. It was the shadow report of the LGBTI rights associations spearheaded by LGBTI News Turkey and Kaos GL that shaped the agenda. Western European and Latin American countries demanded from the Turkish delegation that Turkey ban discrimination on the basis of gender identity and sexual orientation. Another positive development: The Galatasaray bathhouse’s refusal of entry to Ebru Kırancı, an LGBTI activist, because of her gender identity was recognized by the court as discrimination and the bathhouse was fined. 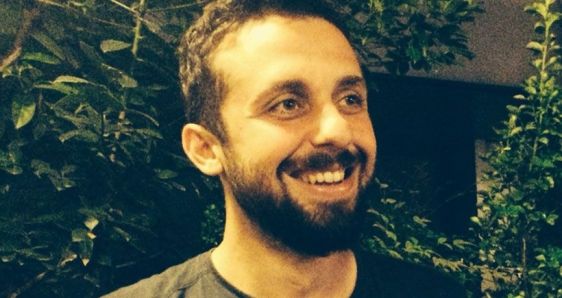 Trans murders continue. Some comment that trans murders have increased during the rule. What do you think?

Frankly we do not know if trans murders have increased or decreased. We are only able to hear the murders that reach the media or LGBTI rights associations. It is misleading to act on that. These murders need to be assessed by the law enforcement and judiciary for us to know the exact number of gay, bisexual and trans hate crimes. As you know, an article regarding hate crimes was added to the Turkish Penal Code for the first time. When compared with the hate crime laws under international human rights law, this article is missing three things: sexual orientation, gender identity and ethnic identity. Under the circumstances we are unable to have clear information on hate crimes during AKP period. But we can easily assert that the government bears responsibility for the inadequate sanctions against crimes targeting sexual orientation and gender identity by passing such an article in the parliament.

The representation of open LGBTI individuals in the parties is inadequate. As for women and people with disabilities, LGBTI people are deprived of fair representation. In the course of local election work spearheaded by SPoD, in the last local elections, for the first time in the history of Turkey, 14 open LGBTI friends were declared as candidates for municipal councils from various political parties all on the left of the political spectrum. Even as we see this representation as a positive step, we can say it is still inadequate. Political parties need to be free of discrimination on the basis of sexual orientation and gender identity from local level organization to central offices. Discrimination and exclusion of LGBTI individuals from party ranks must be banned by political parties. The problems LGBTI people experiences because of their identity are seen as less important agendas compared to other issues. Meaningful representation and organizing can only be achieved as such.

First of all, I would like to remind that the LGBTI movement has gained strength since 1990s. Those who participated in the Pride Parade the year before Gezi will remember. It was just as crowded and lively as during Gezi. Therefore, I do not think Gezi made the LGBTI movement a mass movement. The movement was already a mass movement. Nonetheless Gezi led to a leap in awareness among the left about LGBTI rights. The movement’s voice was heard in more venues and taken more seriously. As for the government, this is a government that has refused all of LGBTI people’s demands for rights for the past 12 years. It is a government that has taken no step in preventing hate crime murders. Still the representatives of the ruling party who have signed the Istanbul convention claim, contrary to the opinion of all the respected medical authorities, that gay and trans existence is a “choice” or “a preventable disease.” How can we have a choice? So long as we love ourselves and do not reject ourselves, we are naturally in opposition.

Related to this are the parties HDP, BHH and CHP[1]. The alliance of these formations is being debated. Where will the LGBTI movement’s votes go? Which criteria will affect this vote?

The three formations you mentioned all promise to own LGBTI rights and to some degree fulfill this promise. We hope that each continues to promote LGBTI rights and deepen their approach in this field, and if elected, succeed in working together for LGBTI rights as did the CHP and BDP[2] in the last period during the new constitution process. We hope that each succeeds in the election. As I said earlier, we do not think it is politically appropriate for us to speak as SPoD on whom the LGBTI vote for. We will invite political parties and their candidates to pledge to own LGBTI rights if elected. We will ask that parties choose candidates from representatives who already work in LGBTI rights and place them high in their candidate lists. We will call on the LGBTI people to own their votes and rights. We will recommend that they support those who promote LGBTI rights in the elections.

A significant number of parties that are on the left of the political spectrum do include LGBTI rights in their party programs. Even though since 2011 CHP has begun to advocate for LGBTI rights, they still have not been able to include them in their party program. We expect CHP to take this step. Those parties who do include LGBTI rights do so usually in a single article. We see very little clue into how these will be included in their approach to basic policy. For example, what does the party offer LGBTI seniors in terms of care policies? Or what do they offer trans women in terms of employment policy? We do not see these. As for political preference, we as SPoD cannot tell LGBTI people who to vote for. We inform the public about which candidates or political parties promise work in LGBTI rights or which representatives and parties have done work in the field. It is our wish that LGBTI individuals own their rights and vote for candidates and parties that would help realize these rights. Short of that, they can call on the candidates and parties they support to own LGBTI rights.

[2] BDP: Peace and Democracy Party (annulled itself in 2014 and joined HDP)