Greetings to all those who have embraced our path as their path, our struggle as their struggle!

The 2015 Istanbul LGBTI Pride March has been banned at the last minute and without prior notice by the Istanbul Governorship on account of Ramadan.

The police have attacked the participants, which was expected to be approximately 100,000 people, with pepper gas, rubber bullets and TOMAs [militarized police vehicles commonly deployed against civilian activists and protesters -Trans.].

With our self-respect at stake, we resisted. We resisted with our dances, our songs and our love!

We want to share with you the press statement that we would have shared if the attacks had not occurred:

We have all concluded the 23rd Istanbul LGBTI Pride Week that was organized around the theme “Normal.” We did not choose ‘Normal’ because we are inadequate or incompetent at adopting gender roles dictated by society; to the contrary, we chose it to emphasize that we are not wrong or alone, because we know that every space where Normal is searched for and expected can turn into a site of denial, discrimination and violence against every woman and man [sic] who do not fit/obey what is imposed, what is deemed necessary. We will build our lives not around the norms dictated by others, but in pursuit of our own desires!

Today, over 100,000 people gathered to scream the demands of Freedom and Equality at the 23rd Pride March. We as lesbians, gays, bisexuals, trans and intersex people gathered to say GET USED TO IT! WE ARE HERE! WE AREN’T GOING ANYWHERE without taking back our basic rights to live, to shelter, work, education and health; We are here to live without being disdained or disapproved for existing, without being hurt and without being oppressed.

This movement, which has a 23 years long history, with its roots going even deeper, became more visible and found the opportunity to expand its struggle to a wider mass of people in the wake of the Gezi Resistance, where we were able to scream our demand of a world free of homophobia, transphobia, and sexism. While this rapidly increasing visibility strengthened us, it also led to increasing hate attacks against the LGBTI.

Assailants are further encouraged by the rampant national policy of LGBTI targeting through such practices as the legal impunity in hate crimes against the LGBTI (which are rationalized through an appeal to the principle of “unjustified provocation reduction”), mainstream politicians’ homophobic attacks, the censorship and the hate discourses that are commonplace in the media, the discourses that target LGBTI individuals, particularly those who are involved in active politics, and the homophobic reactions hurled at political parties that take steps for LGBTI rights.

Because of this very situation, we are voicing one more time our long standing demand for laws that recognize equal citizenship and hate crimes. We will not give up this demand until sexual orientation and gender identity protections are amended as law to the constitution and until hate crime laws are passed. We will not stop until equality is achieved in both the constitution and legislation!

We hold in our memory the note left behind by Okyanus, a trans man who committed suicide in Izmir, that said: “what’s the fucking use of being normal!” At home, at school, in the street, we are neither normal nor accepted! We persist in the face of heterosexism, homophobia, biphobia, and transphobia, of the so-called commonsense morality of the norms and the normals that perpetuate discrimination, hate, and violence; WE ARE NOT NORMAL. We address all our friends who feel isolated and wrong and perhaps consider suicide: WE ARE HERE. YOU ARE NOT ALONE!

Throughout the year, LGBTI formations were initiated in many local sites and communities; LGBT clubs were opened on university campuses; pride marches were held in 11 different cities including Mersin, Malatya, Corum and Samsun; the LGBTI struggle successfully entered into the agenda of local governments in the context of equal citizenship. This year, many parties, municipalities, NGOs, and public personalities demonstrated their support for the LGBTI movement by using rainbow colors in their profiles during the Pride Week.  All of these developments give hope and courage for the ongoing resistance against homophobia, transphobia, biphobia, the invisibility of LGBTI refugees, the isolation suffered by LGBTI inmates, and the horrible oppression of the LGBTI in many parts of the world.

We continue to walk with confident steps in the path that we set out, in solidarity with other social struggles, towards establishing a world without states, borders, classes and genders. We are not going anywhere until our dream comes true!

We now would like to invite you to make noise in the memory of all our friends whom we lost this year, some of whom are: 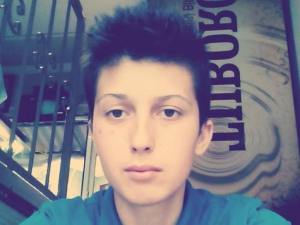 We invite you to make noise for all the people who lost their lives in Kobane and the LGBTI who were massacred by ISIS on the basis of their sexual orientation and their gender identity.

Having suicidal thoughts? Please, please stop long enough to read this. It will only take about five minutes: http://www.metanoia.org/suicide/

To the best of our knowledge, the online and IRL resources below will provide you with a safe and non-judgmental space.

If you know of any other suicide resources where you live or work, please do let us know so that we can add them to our website. To contact us, email us at info@lgbtinewsturkey.com, or see https://lgbtinewsturkey.com/about/.