The court has arrived at a decision on the lawsuit brought by the reporter of IMC TV, Michelle Demishevich, because of the verbal and physical assault she suffered. Derya Tüzün who used verbal and physical violence against Demishevich will pay 2.000 Turkish Liras (940 USD) punitive fine. This verdict can be seen as constituting a precedent for other cases. 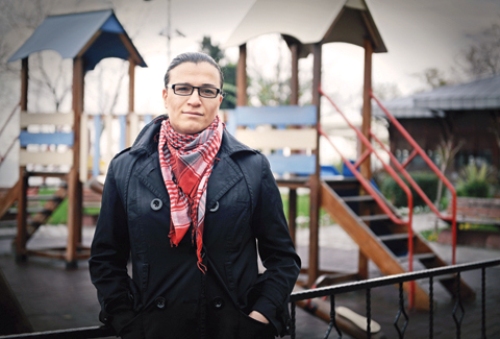 Demishevich, while taking her dog out for a walk, was warned by a woman saying “Do you smoke during Ramadan?” After Demishevich replied “Could you please be more respectful?”, the woman proceeded to verbally assault Demishevich on the basis of her gender identity, saying “Who are you to deserve my respect? Are you male or female?” She was also physically assaulted during the altercation.

The woman’s brother who came to the crime scene, along with five police squads, punched Demishevich on the shoulder. The policemen said that they did not see the assault. Demishevich, who was subjected to insults and mistreatment in the Şişli Police Station, was accused by the woman who assaulted her of attacking 5 police squads’ cars and creating social unrest.

“We explained the meanings of LGBTI during the case.”

Demishevich reviewed the court’s decision and the legal process to kaosGL.org. Demishevich reported that they explained to the judge concepts such as LGBTI, gender identity and gender mainstreaming during the lawsuit process. She said:

“It was a very tough case. At the first hearing we explained to the judge the concepts of lesbian, gay, bisexual, trans and intersex. During the second hearing, we explained gender mainstreaming and hate crimes. Actually, we forgot the case. We started to talk about the notions and truths of the LGBTI struggle. The judge was interested, too. He asked questions about every notion and took notes. At the end, transphobia was punished.”

“This verdict can be quoted as a precedent in other cases.”

Notions such as hate crimes based on transphobia and gender identity are recorded in legal documents. Demishevich thinks that this lawsuit can be seen as a precedent and says:

“Taking transphobia within the scope of hate crimes is a beginning. This also can be an example against the current legal practice of reducing sentences due to unjust provocation. Equality under the law can be established.”

In the LGBTI struggle for equality under the law and for juridical protection against hate crimes, it is not always possible to have notions such as transphobia, homophobia, homosexual, trans and hatred crime transcribed and recorded in official reports. The judges usually either ignores a person who is marginalized or exposed to discrimination, or illegally prosecutes homosexual and trans people.

Prejudice as motivation was used in the Eryaman assaults, too.

In the lawsuit about systematic assaults against trans people in Eryaman, Ankara, the statement “motivation of prejudice” was used in the letter of notification: The judgment stated that the defendants commited the acts of coercion, intimidation, and physical injury with intent with the goal of blackmailing the plaintiffs into handing them 5000 TL each [ 2355 USD]. The judgment also stated that the plaintiffs were working in Ankara, identifying themselves as trans, and had established a foundation for that purpose, and that the defendants’ actions were triggered by social prejudices.